The Hebrides: a magical, mystical place

The Hebrides: a magical, mystical place

We are delighted to introduce you to our new friends, ishga, a wonderful Scottish skincare brand, that shares our passion for the treasures of Britain, and whose home in The Hebrides is one of the most magical and mystical corners of the country.

We love to showcase all that is British, from the best places to visit, to local produce to discover. But what really makes the special places we visit truly unique are the local stories shared in the pub, local histories from local people and businesses, and the centuries-old myths and legends that make up the rich tapestry of British lore.

So settle in for a little escapism as ishga share some fascinating local stories from their homeland, The Hebrides - a collection of hundreds of rugged islands home to fishing villages, whisky distilleries, puffins and eagles... and many a local legend.

We're very lucky to have our ishga headquarters on the beautiful Isle of Lewis. On a sunny day, the island looks stunning, but it's often turbulent, and changing weather patterns give it a mystical quality too.

Lewis is part of the Outer Hebrides, a series of islands located off the west coast of Scotland. The islands used to be much more isolated and relied on the ocean to sustain small communities. They're also steeped in unique myths and legends, and we thought you might like to hear some of them. 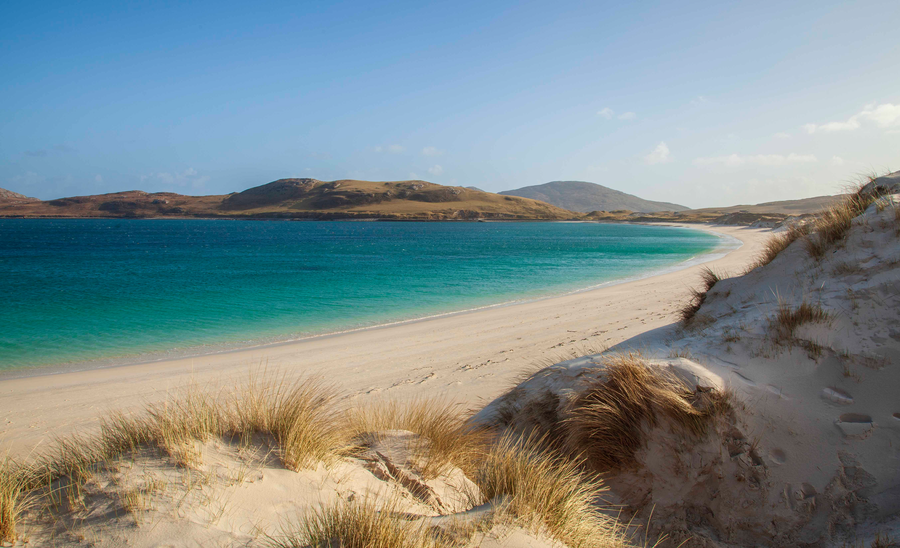 Kelpies are said to exist in several lochs. A kelpie is a shape-shifting water spirit, described as a black, horse-like creature that can adopt a human form. Some people believe that the legend began to keep young children away from dangerous stretches of water, or perhaps it was to put young women on their guard with handsome strangers?

The Blue Men of the Minch

Otherwise known as 'storm kelpies', the 'blue men' occupy the stretch of water known as 'The Minch' between Lewis and Harris. They're said to look like humans (apart from being blue) and have the power to create storms or to sink ships. They'll talk with sailors and give them a chance to save themselves with a tricky rhyme and a riddle.

The blue men swim with their torsos raised out of the sea, twisting and turning like a porpoise, so taking into account their blue colour, did the legend begin with some early dolphin-spotting? 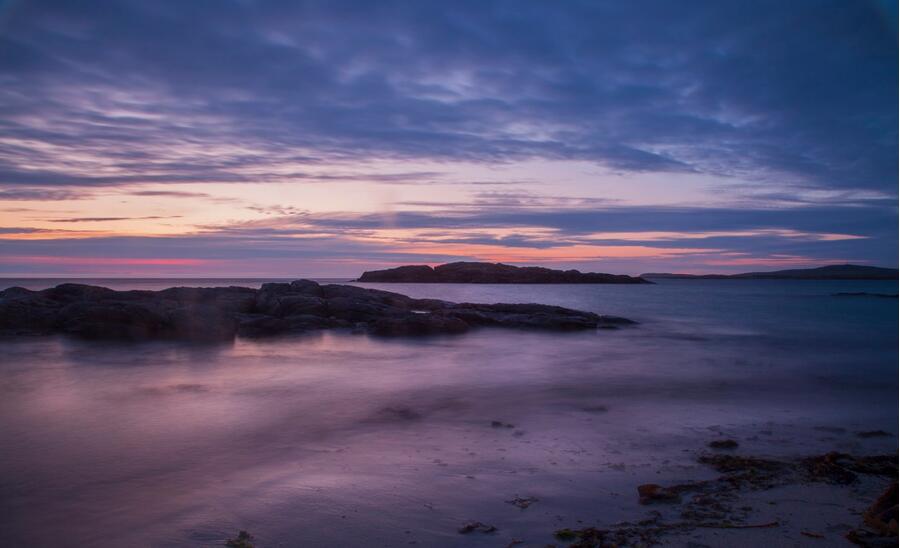 A Seonaidh is an ocean water spirit and may have been a god worshipped by islanders in pre-Christian days. They would hold a ceremony after each family supplied malt to brew ale, which was then taken into the sea as an offering to the Seonaidh. The seaweed would be enriched, and then it was used to fertilise the fields.

Mermaids need no explanation and are part of traditional folklore. We even have our own real-life Hebridean mermaid here on Lewis. Old folklore claims that there's a mermaid's grave on Benbecula, but nobody knows the exact location. This mermaid was killed in the early 1800's by a stone thrown by a local boy and it's said that the upper part of the creature was a child, but the bottom half was like a salmon!

The Loch Ness monster isn't the only monster in Scottish folklore. 'Searrach Uisage' was a monster said to live in Loch Suianbhal. Looking like a capsized boat, the creature has been reported swimming in the loch for over 150 years. Locals say that lambs were once offered to it. Other such loch monsters have been reported too - including in Loch Urubhal.

At Loch Duvat on Eriskay, while looking for a horse in the mist, a local farmer saw what he thought was his missing beast in the loch. However, as he approached it he realised that it was something else entirely, and ran home terrified. 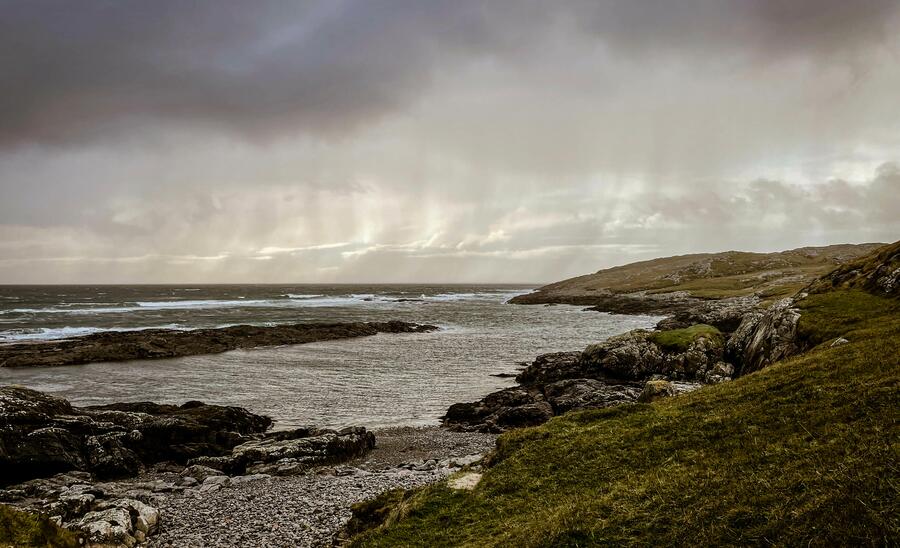 A family of werewolves were said to occupy an island on Loch Langavat. They are all long dead, but legend tells that if their graves are disturbed, they will return.

Will o' the wisp

Will o' the wisps appear in folklore all over the world. They're said to be mysterious, ghostly lights that confuse travellers near bogs, swamps, marshes or other bodies of water.

There may well be a scientific explanation, but there have been many reports on Hebridean islands. The floating lights are said to announce an approaching death, but some say that one such light belongs to the ghost of an Irish merchant who was robbed and murdered on an island. 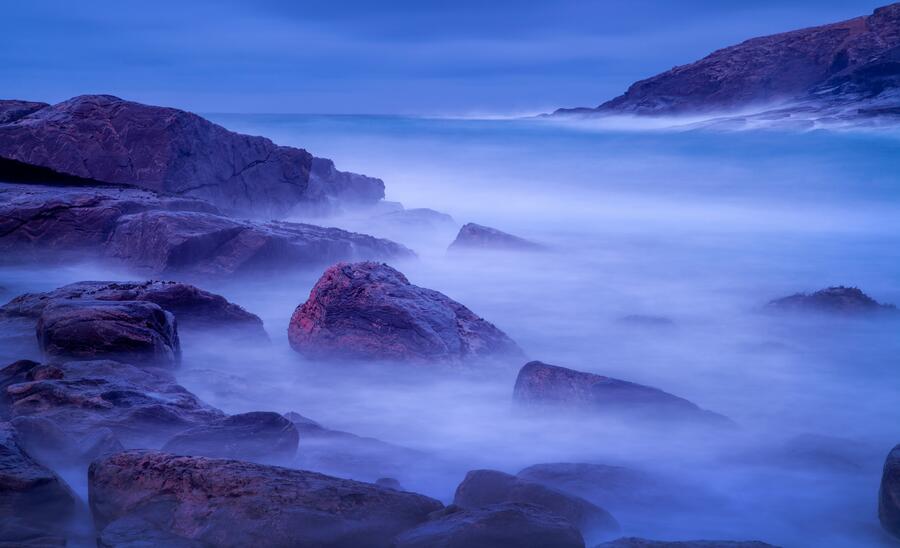 In Hebridean folklore, the fairies were a supernatural race of small humanoid creatures inhabiting 'knolls', or underground places, all across the islands. The 'Sitche' are interwoven with the local landscape, stories, music and traditional healing. Some people believe that they're simply a distorted folk memory of the Iron Age Pictish people who once inhabited the Hebrides.

At Luskentyre on Harris, a ghostly hound has been known to leave very large paw prints that disappear on the wet sand. In South Uist, a woman walking with two friends in the dark watched as a self-illuminating dog, the size of a collie but with a small head and no eyes, ran towards her.

One of the heirlooms of the Clan McLeod (and so one of our ishga directors) is the Fairy Flag. Numerous traditions state that the flag originated as a gift from the fairies.

Cows, said to have been found on the shores of Luskentyre on Harris, Scorrybrec on Skye, and on the Island of Bernera, were called cro sith, 'fairy cows', because they were thought to be no mortal breed, but a kind that lived under the sea on seaweed.

And so, our Hebridean islands are a place steeped in a fascinating abundance of myths and legends, usually originating with the sea, or with fairy people. They're certainly a wonderful, mystical location that captures the heart and imagination, and the kind of place where you could believe that they may be true. Why not come and see for yourself?

In the meantime, we hope we can send you a little Hebridean magic in ishga's organic skincare, created from seaweed which we sustainably hand harvest from the pure clean waters of the Hebridean Islands. 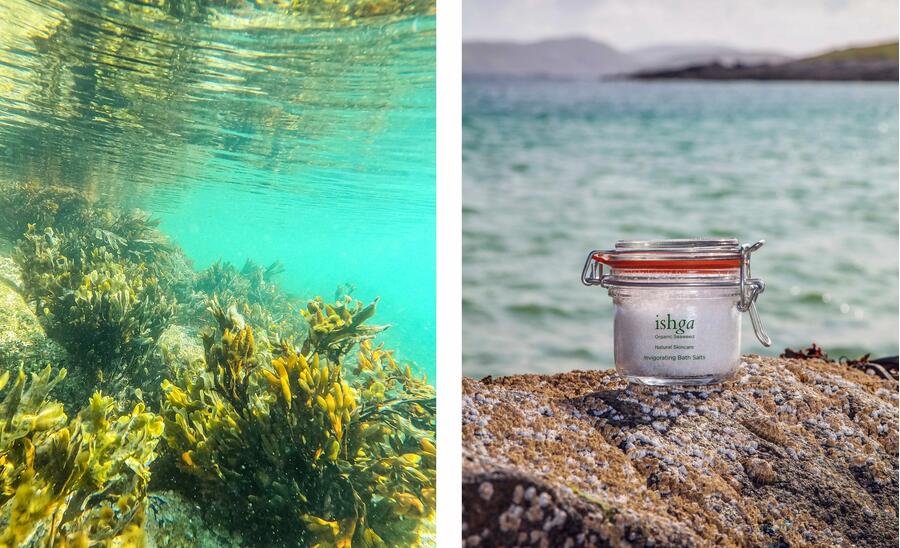 Feeling inspired to escape to Scotland for a wonderful rural retreat? Our Scottish inns, settled in serene scenic spots, make perfect bases for your next adventure around Scotland.

There's no time like the present if invigorating walks in the amazing Scottish countryside is what you're after. But if you're looking ahead, we recommend booking now for next spring, from late March when the temperature starts to warm, the daffodils are out in abundance, and you can still expect some snow up in the mountains of the Cairngorms and Highlands. 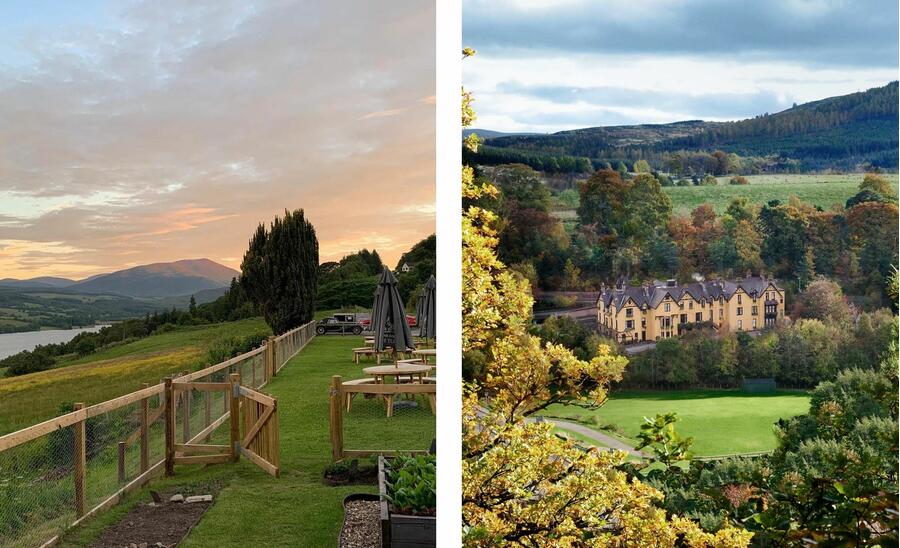 Indulge with a dinner made lovingly using local produce, set against a backdrop of the magnificent mountain views at the Inn at Loch Tummel (pictured left above). Expect enticing lunch and dinner menus with quality meats from Mcdonald Butchers in Pitlochry, game from local estates, and fish and seafood from George Campbell in Perth. All the jams, marmalades, chutneys, bread, oatcakes and afternoon treats are made fresh in the kitchen.

Or relax over a wee dram or two of the amber nectar, and retire to one of the comfortable, country-style rooms that perfectly reflect the Scottish landscape and heritage at the Craigellachie Hotel (pictured right above). The kitchen sources fresh, honest ingredients from the Speyside area, notably locally caught salmon, fish from the Moray Firth, Aberdeen Angus beef, wild venison and, of course, Walker's shortbread.

Tap the button below to find out more about both Scottish inns.