If trees are your thing, don't miss a trip to Kingley Value National Nature Reserve, just a short drive from Chichester in West Sussex.

The nature reserve is one of the oldest in the country, having been designated in 1952. It is owned by Natural England and the West Dean Estate. It spans 400 acres of chalk grassland, shrubland and ancient forest, and forms part of a wider Site of Special Scientific Interest (SSSI). The area is rich in birdlife - it's famed for its green woodpeckers, red kites and buzzards - and butterflies, including the beautiful chalkhill blue and common blue.

[Yew tree and its ancient roots in Kingley Vale] As well as woodland containing oak, ash, holly and hawthorn, the reserve is home to a grove of ancient yew trees, which are thought to be the oldest living organisms in the UK. Some are believed to be between 500 to 2,000 years old!

There are several scheduled monuments of great interest and enormous archaeological value on the site, including six Bronze Age burial barrows on Bow Hill and an Iron Age settlement known as Goosehill Camp.

There is a 3.5mile long nature trail that follows numbered posts around the reserve, which takes in some amazing views - including far out to sea over Chichester Harbour - and goes through the yew forest. (You can download a leaflet from the Natural England website.)

To reach the reserve, park in the car park just north of the village of West Stoke and follow the track that leads to the main entrance. 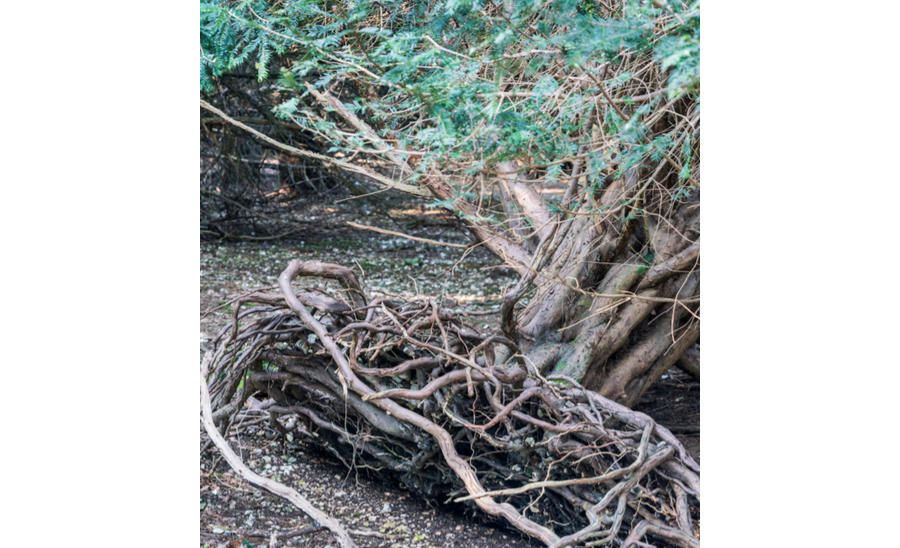