Housing some of the most beautiful beaches in Britain with turquoise clear waters and soft golden sands, it's no wonder Cornwall is the place to be in the warmer months of the year.

Did you know that there are over 300 beaches that hug the Cornish coastline? The majority of these beautiful beaches are a surfer's paradise and easily accessible by all. Their unique beauty and glistening waves draw the crowds in each summer, with Porthcurno, Kynance Cove and Bedruthan Steps being some of the most popular. 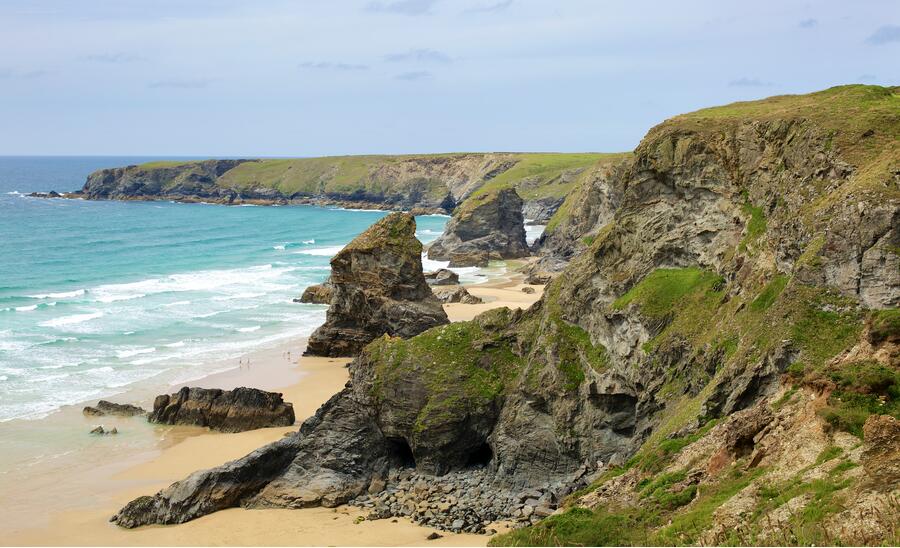 However, this magical part of Britain also has an abundance of lesser-known beaches and coves that are hardly visited by anyone and are just as beautiful, if not more! Most of these can only be accessed by foot or boat, which in our eyes make them even more special.

Here we've picked five of our favourite hidden beaches for you to discover. On your next visit, why not escape the throng, wander off the beaten track and find one of these secret sandy coves. 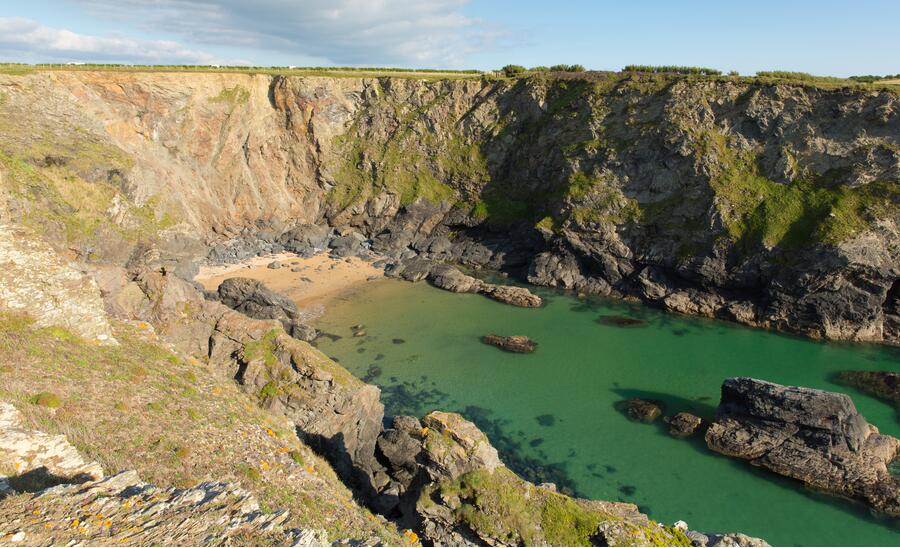 Fox Cove nestles between Treyaron Bay and Porthcothan on the north Cornish coast, and is identifiable by an extended muscle-encrusted rock which splits the inlet into two. Its crescent of golden sand only appears at low tide and its crystal clear waters are brilliant for snorkelling in on calm days. The cliff climb down can be difficult, so make sure to wear sturdy shoes.

When on the beach at low tide, seek out the remains of a steam tanker which was wrecked in 1969. Only the boiler and a section of the bow can now be seen on the rocks. Fortunately, when this crash happened, there were no casualties. 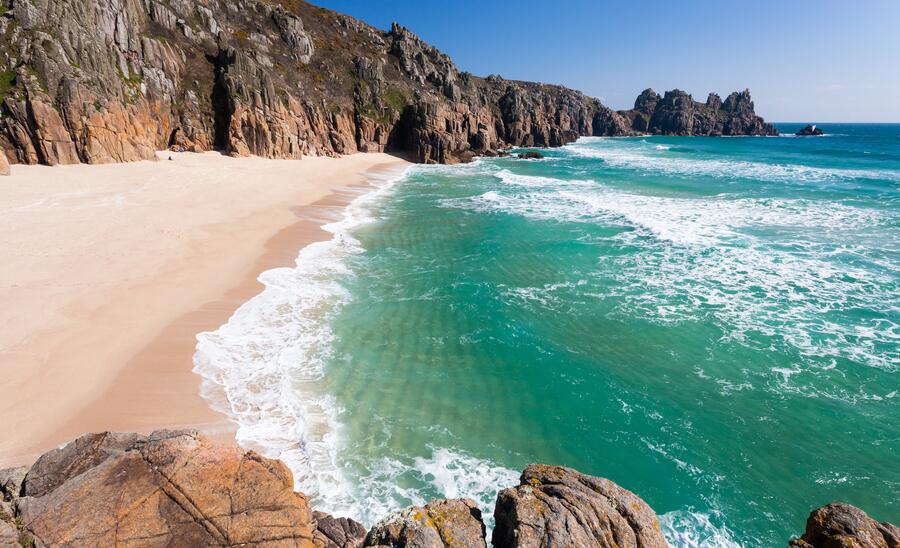 Hidden away on the south coast between Minack Theatre and Logan's Rock is this glistening gem, a 10 minute walk from Treen. It's a tricky climb down, but when you hit the sand you'll find it almost to yourself. At low tide, shallow lagoons form between the sand which warm in the sun and become the perfect spot to relax. The beach is relatively sheltered by the tall cliffs of Treryn Dinas, making the water wonderfully clear. 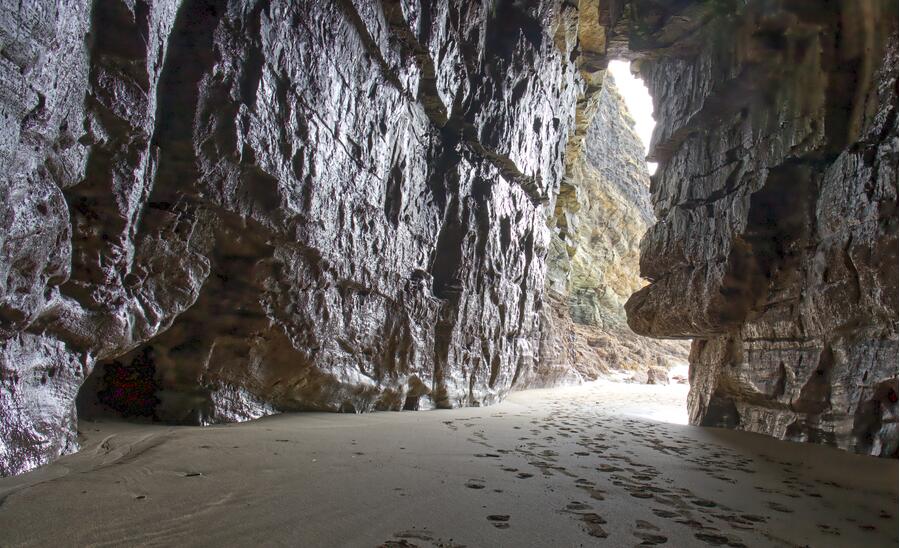 Positioned just a mile along the road from Tintagel in the direction of Boscastle, in one of the most beautiful parts of Cornwall's awe inspiring coastline, is this secluded picture-perfect cove. An ideal spot for snorkelling and swimming with a reef on the western side of the sand that has spectacular marine life to discover. Look out for an elephant configuration in the cliffs when you're there. 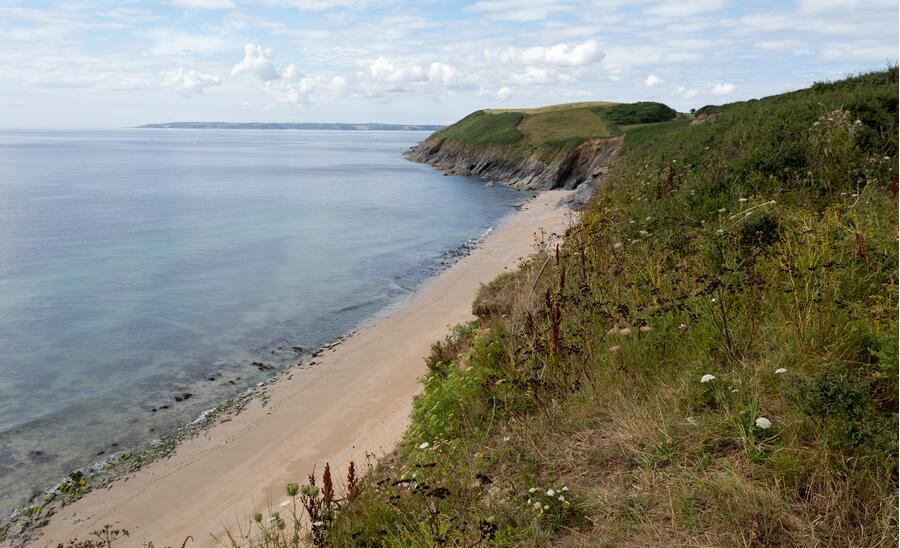 If hiking is your thing, then this haven is for you! A very quiet beach which is roughly 500 metres long and hardly visited by anyone due to it being so remote. The magic comes alive at low tide when tiny rock pools emerge and glisten in the light. You'll find it tucked away below steep cliffs on the stunning Roseland Peninsula in a secluded spot close to the hamlet of Bohortha. It can be reached via a 30 minute hike from St Anthony. In the warmer months of the year, you may spot gentle sharks basking off the cliffs - best seen from the cliffs surrounding the cove.

Unfortunately at the moment access to the beach via the coast path is currently closed due to risk of rocks falling. 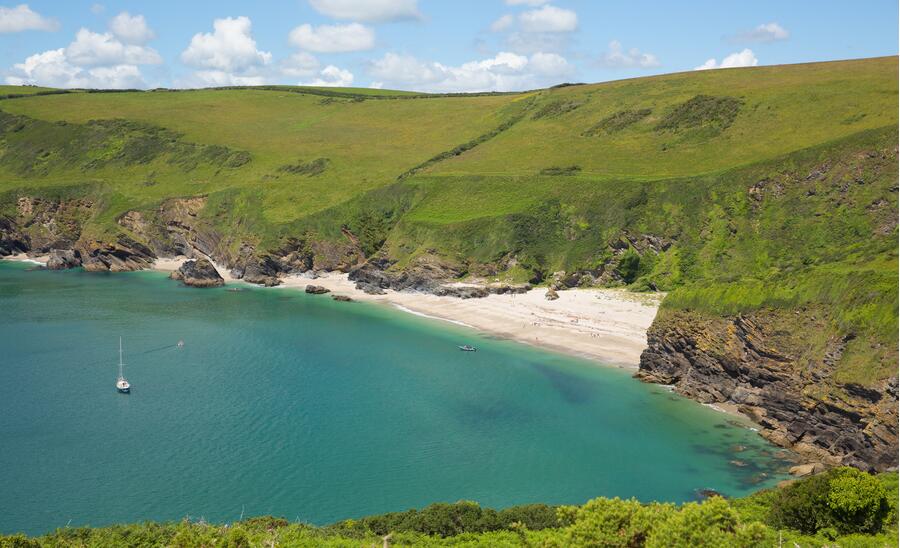 Lantic Bay in our eyes is south east Cornwall's best kept secret. A National Trust treasure although hardly visited by anyone due to the hike to get there and being far from the main roads. Hidden on the peaceful coastline between Fowey and Polperro, with turquoise water and near white sands, the hike is definitely worth it to find this slice of paradise.

Lantic Bay has two beaches which become one stunning stretch at low tide for you to walk along, although be careful not to get cut off as the tide rises again. Also dogs are allowed all year round, so make sure to bring your canine companion too if you wish to visit this special spot.