It's no secret that England is a country full of weird traditions and quirky customs, and when exploring the English countryside, it certainly doesn't disappoint. For those spending time meandering through villages and towns, chances are you'll stumble across a number of unusual traditions you've never heard of before or know little about. Village greens, country fairs, local pubs; all these and more host a number of weird and wonderful customs that prove both intriguing and delightful to witness. What's more, they really help you learn more about England's unique heritage and localities. Here's our round-up on some of England's best-loved and quirkiest traditions.

Better known as pancake day, Shrove Tuesday sees Brits all over the country whipping up batter and flipping pancakes with gusto. A Christian tradition, it marks the beginning of the Lent fast and the date changes every year depending on when the Easter weekend falls. As custom would have it, Christians prepare for Lent by filling up on all edible temptations stacking store cupboard shelves over a number of days known as 'Shrove-tide' - the word 'Shrove' coming from the word 'Shriven', meaning to confess one sins. On the Tuesday of this period, eggs and butter were typically eaten, and were most easily consumed as - of course - pancakes.

Whilst Pancake Day isn't just reserved for England, the country wholeheartedly celebrates the Christian tradition every year. And the town of Ashbourne, Derbyshire, in particular likes to take the festivities even further, hosting the world's biggest football game. Each year, the town is transformed into a huge football pitch on Shrove Tuesday, with over 100 players taking part - a great way to work off those pancakes! 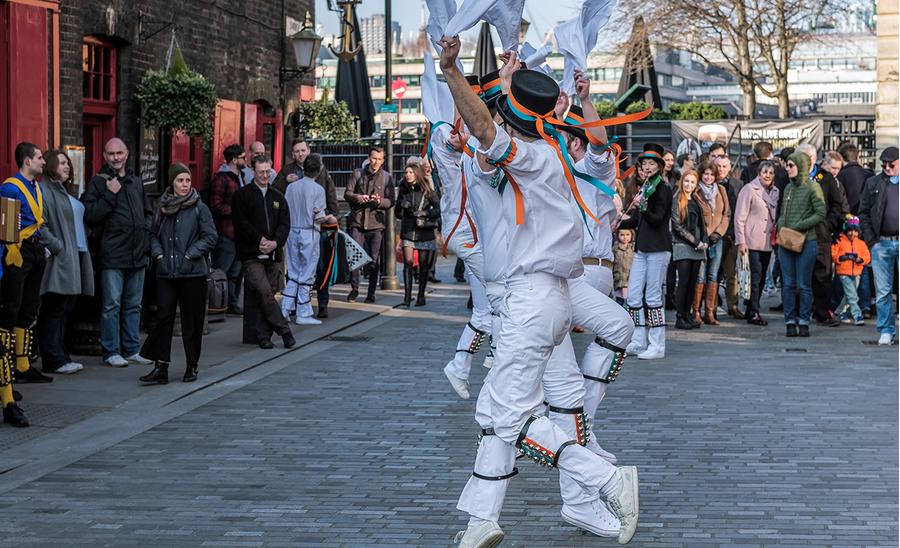 Widely thought to originate from the mid fifteenth-century from the royal courts, morris dancing is a traditional English folk dance and one of England's oldest folk customs. Instantly recognisable in their distinctive white outfits with floral hats and bells worn around their knees, morris dancers step in time with the music as they wave handkerchiefs, clap hands and clash sticks. Dances typically take place at seasonal festivities to mark spring and summer, or to welcome in the autumn harvest.

Like many folk traditions, its past is shrouded in mystery and historians grapple over where the custom came from or why it's called 'morris'. The folk dance takes various forms, with the most widespread style coming from southern areas of England, such as Gloucestershire and Oxfordshire. Fancy getting involved? Find a Morris dancing club or attend an event - Hasting's infamous Jack-and-the-Green festivities always has morris dancers, as do many May Day celebrations across the country.

Join in May Day festivities with a stay at The King's Arms, Gloucestershire, or The Trout, Oxfordshire.

Speaking of May Day, frequenters of village greens or country fetes may have seen maypole dancing in action already. Various European countries celebrate May Day on the first of May, erecting a tall wooden maypole in the village center or green. First appearing around the fourteenth century within Christian celebrations, historians believe that May Day festivals were originally celebrating the arrival of spring, whilst also functioning as a fertility ritual to symbolise a new season of growth and happiness.

At the core of the celebrations is maypole dancing, a traditional folk dance originating from European countries including England, Germany and Sweden, which sees pairs of girls and boys dance around and decorate the maypole using multicoloured ribbons. The tall shape of the pole allows garlands to be hung and ribbons to criss-criss around it, creating a beautiful and quintessential English scene. Dances can vary in complexity and form, but the traditional may dance sees the children weave and wind the ribbons around the pole, before unravelling it in a quite enchanting ritual. 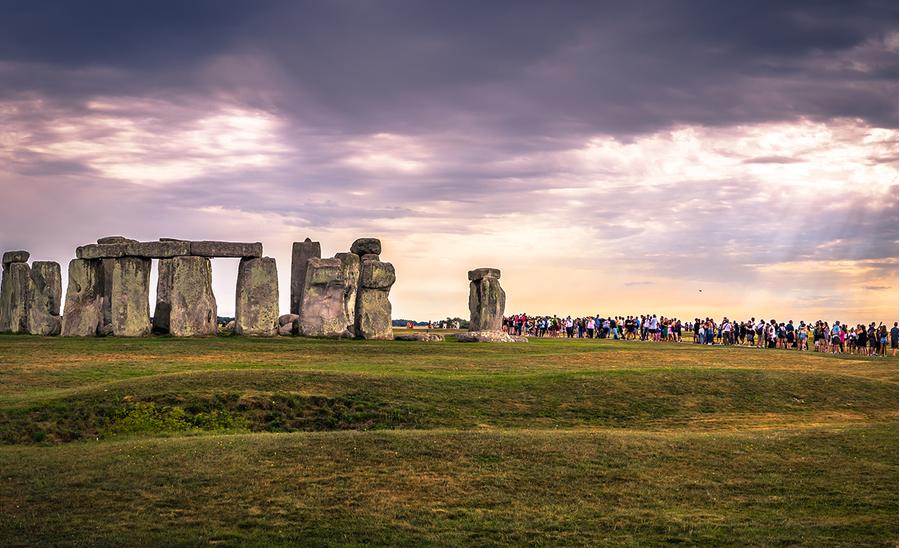 Every June, thousands flock to Stonehenge's sacred Stone Circle to welcome in the shortest day of the year. Celebrated on the evening of the 20th to celebrate sunrise on the 21st, this ancient ceremony sees crowds gather to see the morning light dawn on the prehistoric stones. One of England's top tourist attractions and greatest mysteries, the stones date back to 2500BC and pagans have been celebrating the solstice at Stonehenge for thousands of years.

Today the tradition is still very much alive, with a staggering 10,000 revellers joining the party near Salisbury and watching the sun rise behind the Heel Stone. Not for the faint hearted, but certainly an experience!

Make a weekend of it with a stay at one of nearby Collection inns; The King's Head, Hursley or the Bourne Valley Inn, St Mary Bourne.

CHEESE-ROLLING IN THE COTSWOLDS

Come Spring, another particularly English pastime takes place: cheese rolling in the Cotswolds! Held over the Spring Bank Holiday on hills close to Gloucester, the Cooper's Hill Cheese-Rolling Competition sees four down-hill races, where a large round (9lb!) of Double Gloucester is, quite simply, rolled down a hill. The cheese is chased by competitors who are attempting to catch it - and the first person over the finish line wins the race, as well as - most importantly - the cheese!

Some argue the ritual has pagan origins, whilst others suggest it was created to establish grazing rights - either way, the tradition continues and now attracts people from all over the world. The event isn't without its controversies however; in 2013, a foam replica replaced the cheese for safety reasons and in 2010 the race introduced an entry fee as too many people were competing, causing uproar. Who knew cheese-rolling could prove so contentious?

Why not take in the cheese-rolling sights and smells with a stay at one of our charming Cotswolds inns; The Lion Inn, Winchcombe or The Horse and Groom, Bourton-On-The-Hill.