Criss-cross your way around Britain and you'll stumble upon glorious unspoilt villages filled with cottage-lined streets and serene rural views. From a medieval Suffolk wool town to a colourful Cornish retreat, we've rounded up 11 of the prettiest historic villages and small towns to visit across England, plus have highlighted where to stay nearby within our Collection. 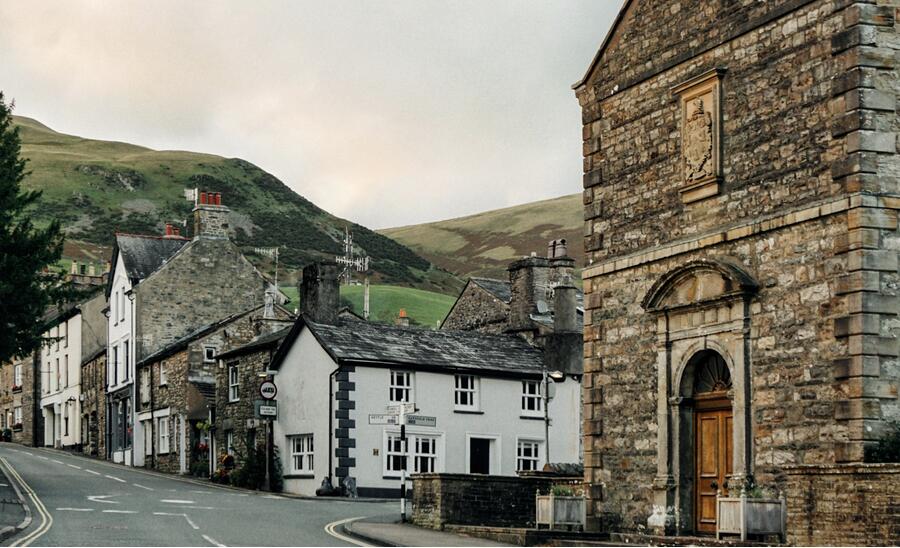 This is Sedbergh, a serene market town on the western edge of the Yorkshire Dales and close to the eastern fells of the Lake District. Spot the splendid Howgill Fells in the backdrop of the picture above.

Dating from the Saxon times, the town is full of character: from its historic stone cottages and cobbled streets to its delightful cafes, shops and pubs, including our wonderful Black Bull inn.

There's so much to explore whilst you're there, plus it's the perfect base for discovering the wonders of the Lake District and Dales - a landscape of caverns, waterfalls, sheep-cropped grass and wooded valleys. A true hidden gem to find when you can.

Nearby Collection inn: The Black Bull - in the middle of Sedbergh. 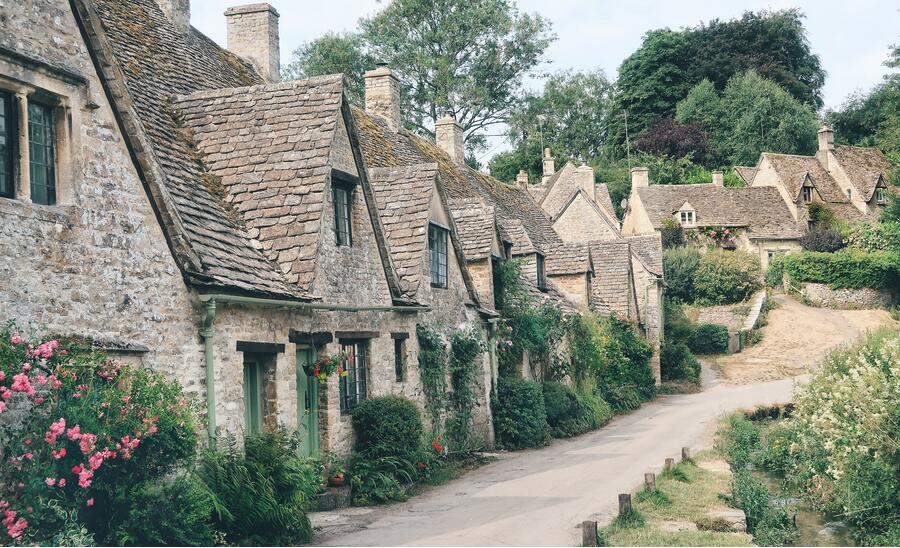 William Morris (1834-96) described Bibury as "the most beautiful village in England", and we must say, we agree. With its riverside setting surrounded by rolling Cotswold countryside, and honey-coloured 17th-century weaver's houses scattered around grassy paths adorned with trees and flowers, it's a magical place to explore.

After a lovely walk around the village, we recommend popping into either The Swan Hotel or The Catherine Wheel Pub for a bite to eat. Both offer brilliant alfresco dining in the middle of the village. 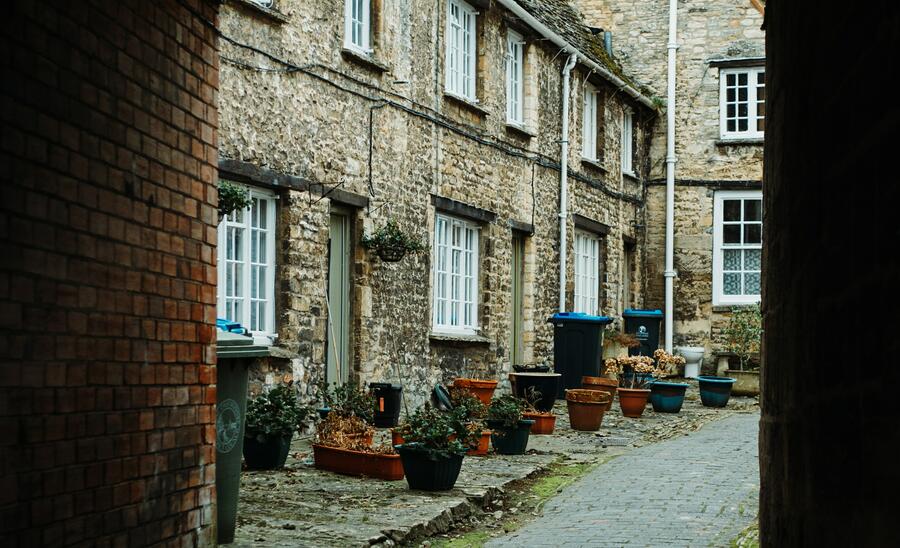 Burford is one of England's prettiest medieval towns. It houses beautiful Cotswold stone buildings (the church is considered one of the best in the country) and is a busy and thriving community of about 1,000 people.

The town merchants were granted a charter to hold their own markets over 900 years ago, and it's still the perfect place for a spot of rewarding retail therapy, a relaxing lunch or civilised afternoon tea. You'll find everything you need - from gift shops and stylish boutiques to galleries and craft shops. 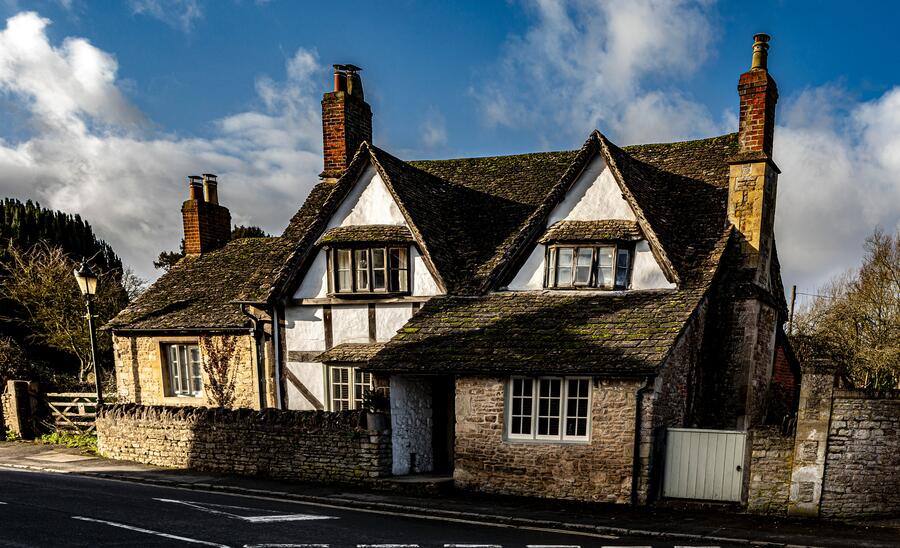 The timeless, quintessential English village of Lacock doesn't look that different to how it was 200 years ago, having been beautifully preserved by the National Trust.

Filled with pretty streets holding historic yellow stone and half-timbered cottages, it's no wonder that Lacock is a popular filming location: some appearances include in Downton Abbey, Harry Potter and the Half Blood Prince, and BBC's Pride and Prejudice.

There's so much to discover whilst you're there, including the 13th-century Abbey, The Fox Talbot Museum, pretty independent shops and cafes, and our special Sign of the Angel inn which exudes historic charm.

Nearby Collection inns: Sign of the Angel - in the village; Pear Tree Inn - a 7-minute drive away. 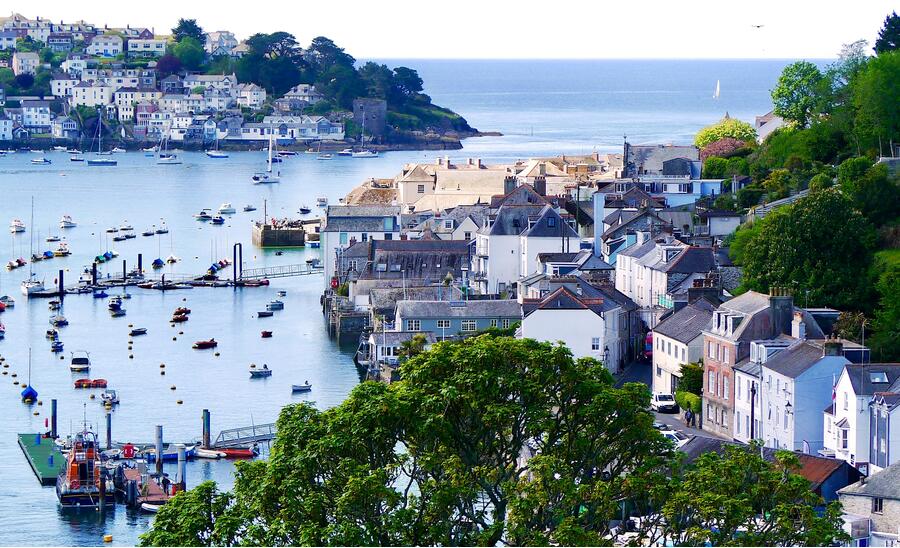 Set on the South Coast of the Cornwall Area of Outstanding Natural Beauty, you'll find the historic harbour town of Fowey which dates back to the 14th-century.

A few of our favourite things to do in Fowey include visiting St Catherine's Castle which was built in 1540 by Henry VIII to protect Fowey Harbour from French invasion (the sea views from here are stunning!), exploring Readymoney Cove, the only beach in Fowey that's accessible at both low and high tide, strolling the ancient streets of Fowey, filled with little lanes, colourful houses and sculptures, and having a drink in Fowey's oldest pub, The Ship Inn.

If you are feeling energetic and enjoy a long walk, we highly recommend catching the little ferry from Fowey Harbour to Polruan where you can walk along the coast to the majestic Lantic Bay - the best reward after a 2.7 mile walk. 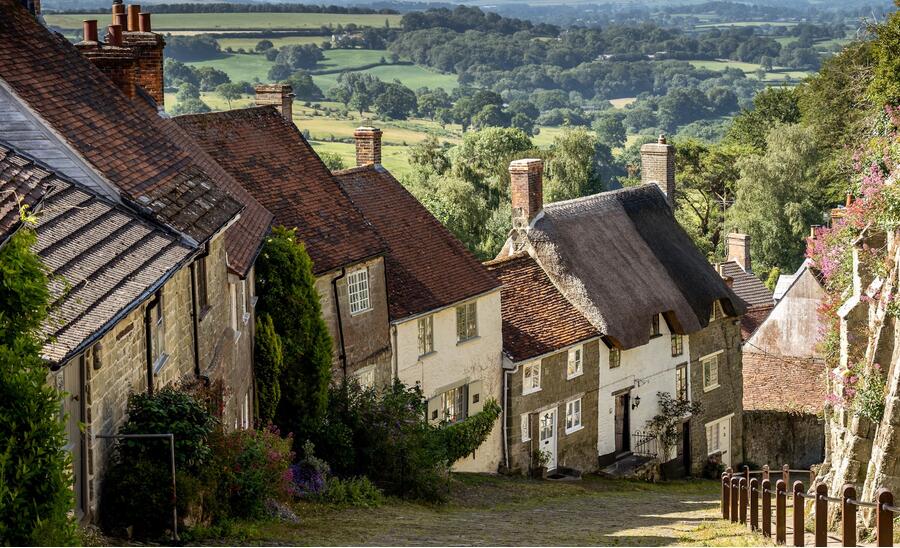 A small market town in Dorset with fascinating history reaching back to Saxon times.

Classically English, Gold Hill in the town is one of Britain's most famous landmarks (pictured above). The steep street, lined by rows of picturesque cottages, is still remembered for a much-loved television advert for Hovis, directed by Ridley Scott. Thomas Hardy, Dorset's most famous son, is also associated with Shaftesbury and among the town's many attractions are two fascinating heritage museums.

The charming medieval East Sussex town of Rye, filled with picturesque cobbled streets and clay-tiled roofs, is one of East Sussex's best kept secrets, hidden between the rolling hills and English Channel.

Exploring the town really does convey the impression of visiting the set of a period costume drama or film, and climbing to the top of the church tower rewards you with a far-reaching view across Romney Marsh and Rye Bay.

The National Trust-owned Lamb House, the former home of the American writer Henry James, is located here too and open to the public.

Nearby Collection inn: The Bell in Ticehurst - a 37-minute drive away. 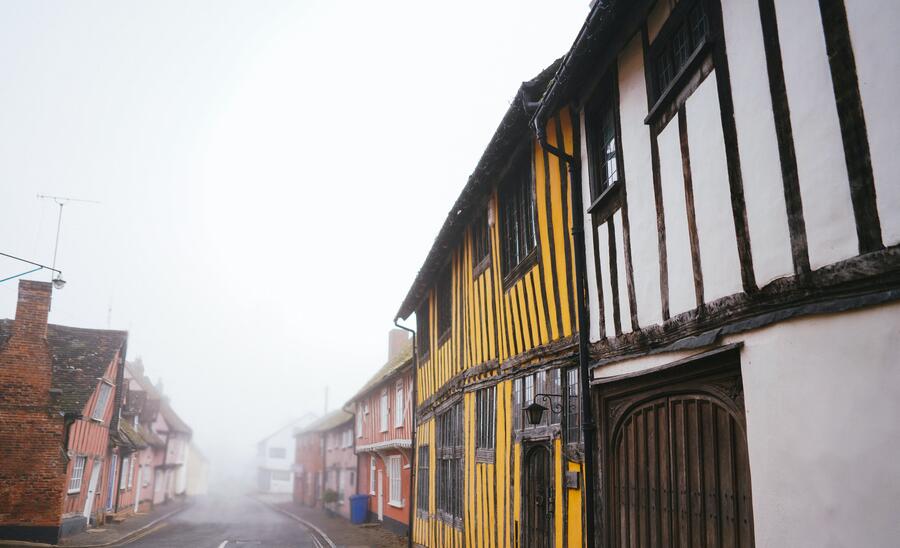 One of Suffolk's best medieval wool towns, rich in history and surrounded by beautiful countryside. It was the fourteenth richest town in Tudor England. Its charming timber-framed buildings and pretty church make this village an engrossing place to explore.

Today, Lavenham has a wonderful village community and is the place to be for food lovers, housing fantastic restaurants and cafes, and for wandering around brilliant boutique independent shops and galleries. 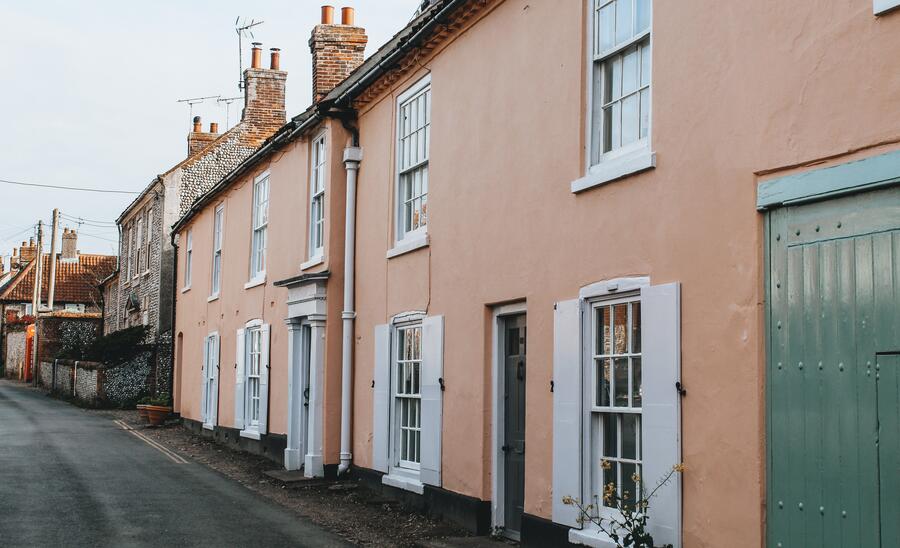 An enchanting coastal village on the North Norfolk Coast which was originally a medieval commercial port. Now the estuary is a National Nature Reserve and a haven for wildlife, with a fascinating landscape of marshes, mud banks and tiny channels housing hundreds of birds and Common and Grey Seal colonies at Blakeney Point.

The village radiates intriguing history from the piracy and smuggling that went on there, plus there are plenty of wonderful food havens too. Seek out Blakeney Deli, a specialist, family-owned fine food and wine emporium that champions Norfolk independent businesses, offering local treats and goodies from 18 Norfolk artisan suppliers.

Another is the brilliant White Horse just a stone's throw from the tidal harbour, Blakeney's oldest hotel, a former 17th-century coaching inn located on the winding narrow High Street. 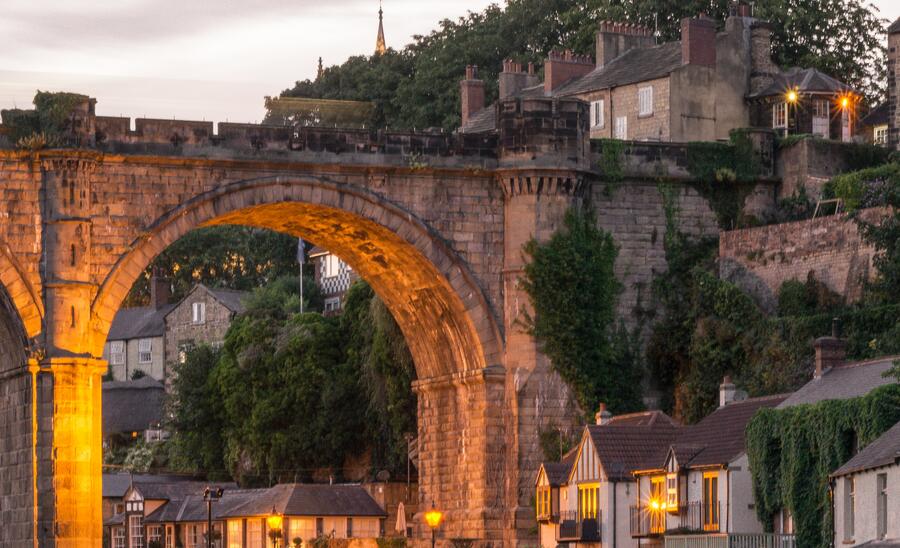 A medieval treasure full of surprises, nestled on a hillside set beside the enchanting River Nidd. You're spoilt for choice on what to explore when visiting this quaint little market town, only 30 minutes by train from York: from the impressive stone castle and viaduct, to the serene riverside paths and ancient cobbled walkways.

Some of our favourite things we explored when there are the 14th-century Knaresborough Castle (the views of the town from here are superb!), the Market Place in the centre of the town, the tiny Chapel of our Lady of the Crag carved into the rock, and the walk along the River Nidd.

Nearby Collection inn: The Durham Ox - a 40-minute drive away across stunning Yorkshire countryside. 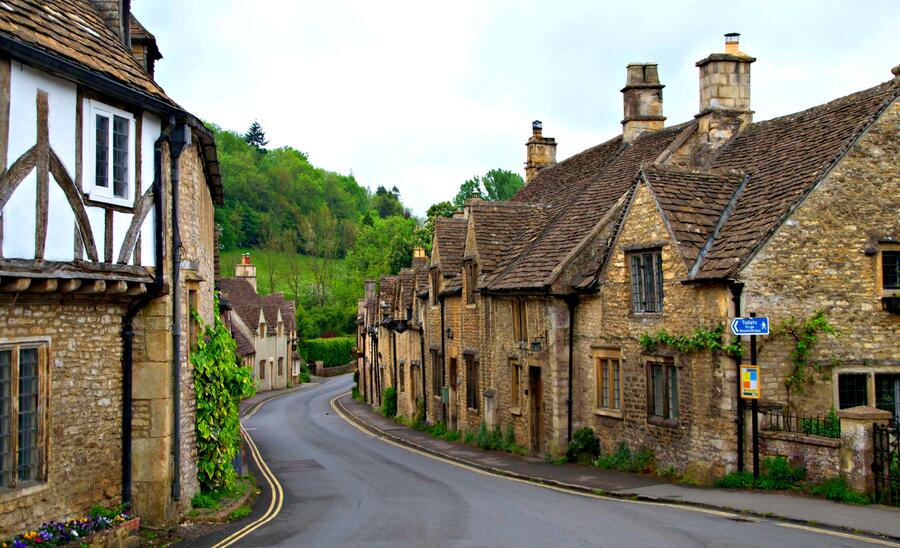 This quintessentially English village sits in north west Wiltshire in the Cotswold Area of Outstanding Natural Beauty. With its picture-perfect streets, honey stone cottages, and no aerials, cables or satellite disks to be seen, it's no wonder that the village regularly features as a film location, such as in Stardust, The Wolfman, War Horse and Dr Doolittle many moons ago.

Make sure to to check out the delightful Castle Inn in the market place, and enjoy a freshly pulled pint and delicious dishes in its pretty courtyard garden.