Pub with rooms in Titchwell, Norfolk

In a stunning location on Norfolk's glorious north coast and personally run by the Snaith family for 30 years, this former Victorian farmhouse enjoys uninterrupted views across wild salt marsh to the sea. With the RSPB Titchwell Marsh nature reserve just along the road, vast sandy beaches and stunning coastal walks close by, it is a favoured base among discerning twitchers and visitors escaping to this idyllic and unspoilt stretch of coastline.

Beautifully maintained and tastefully updated this relaxed and informal hotel and bar combines traditional values with a bright modern décor and boutique-style rooms. There's a light and airy conservatory restaurant, a contemporary-styled lounge with a bright yellow leather Chesterfield sofa in the bay window and pink upholstered chairs fronting a blazing log fire, an equally bold and stylish bar area, and a small decked terrace for summer alfresco eating and drinking. The 'eating rooms' make the most of the fabulous views across fields and open marshes to the sea.

From the bar, lounge and eating rooms you look across fields and saltmarsh to the sea and the fabulous sandy beaches at Brancaster is just a short walk away along the North Norfolk Coast Path.

Expect adventurous modern European cooking from Eric Snaith and Chris Mann with dishes on the refinded evening dishes showcasing some of the finest ingredients sourced along the coast.

You are welcome to bring your pooch into the bar area and they can stay overnight with you in seven of the rooms - £15 per dog per night with dog bed, towel, biscuits and a local walking map.

The very stylish signature hot tub rooms have French doors that open onto an enclosed private terrace with a wooden hot tub. These fully equipped bedrooms have light wooden flooring, a 6ft bed and are styled in earthy greens with soft greys and nautical warm blues as befits the seaside location. Book the fabulous Potting Shed, a stand-alone room on the edge of the garden for a luxury, romantic hideaway. 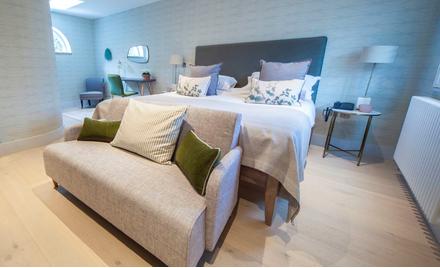 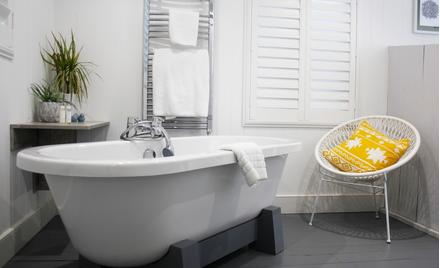 Local and seasonal ingredients are skilfully prepared to produce dishes with interesting combinations and clear flavours, and chef-owner Eric Snaith is not afraid to push the boundaries to create some very adventurous modern European dishes. Naturally, local seafood is used extensively, with Brancaster Staithe fishermen delivering mussels, oysters and lobsters to the door, and lookout for venison from Holkham Hall along the coast.

For lunch, the Classics Menu lists a choice of lighter dishes from sandwiches to pub favourites with a twist. Cooking moves up a gear at dinner - expect the likes of wild sea bass with snails, artichokes, black garlic and salted gooseberries. Enjoy sandwiches or all-day tapas dishes in the walled garden or on the terrace overlooking the marshes. Don't miss Eric's full afternoon tea menu. 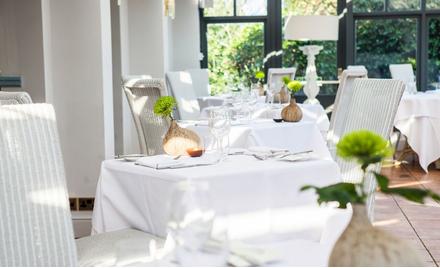 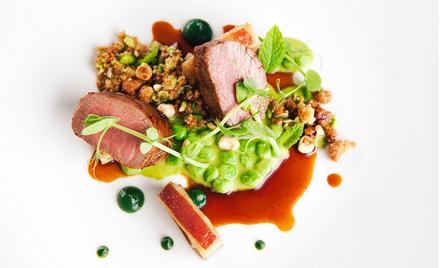 Designated an Area of Outstanding Natural Beauty, the North Norfolk Coast has been described as a long way from anywhere and that is certainly the impression it gives - especially when you stroll its many miles of beaches. There are countless walks of varying distances here; for something with a real sense of adventure, try a section of the North Norfolk Coast Path (just a stroll from Titchwell Manor), which in places runs alongside a vast landscape of salt marshes, creeks and mudflats.

North Norfolk's seemingly endless coastline is a stunning backdrop for all kinds of sailing and boating activity. Watching seals at home in their natural environment on Blakeney Point (also a well-known breeding ground for waders and terns), is a popular boating excursion. Boats leave from Morston Quay and the trip lasts for one hour, but if weather conditions are favourable, boats will land on Blakeney Point for an additional 30-60 minutes.

Houghton Hall is a magnificent grand Palladian mansion that lies in picturesque parkland a short drive from Titchwell. It was the home of Sir Robert Walpole, Britain's first Prime Minister, and has imposing state rooms, an impressive collection of model soldiers and a restored walled garden.

Drive: Six miles east of Hunstanton along the A149 North Norfolk coast road towards Wells-next-the-Sea.