Pub with rooms in Somerton, Somerset

The White Hart has held court on the Market Square for 500 years and is thriving under the ownership of the Stay Original Co, a niche group who operate five quality inns in the South West.

The eponymous stag still stands guard above the entrance, while inside the place has been opened up to create a series of smart spaces with lots of character from exposed stone walls, a couple of wood-burning stoves and a buff parquet floor. The open kitchen in the rear restaurant forms a focal point around the wood-fired oven. The inn has bags of country-style and a contemporary rustic-chic finish, with stylish sofas, natty banquettes and a mishmash of wooden tables - the perfect place to enjoy dinner or peruse the papers over a pint of local ale.

Whilst the pub looks out over the town square, the grassy garden at the back has views over farmland and makes for a peaceful spot for drinks or bar snacks, and there are BBQs on Sundays and Bank Holidays through the summer.

Family favourite
Children are welcome in the bar and two of the bedrooms where cots and Z beds can be provided.

Town and city
The White Hart has held court on Somerton's Market Square for 500 years - it's the perfect place from which to enjoy this rural town.

A touch of culture
With Wells close by and plenty of National Trust properties to choose from, culture and history lovers are spoilt for choice in this part of Somerset.

On the first floor above the pub, a number of the eight bedrooms have views over the market square and 13th-century church, whilst others the more pastoral view towards the rolling hills at the back of the pub.

All are hugely individual with eclectic decor combining contemporary neutrality with thoughtful touches such as hand-painted wallpaper and generously sized beds. The pick of the bunch is Room 3 with its roll-top bath, with a stunning mosaic vintage tile splash-back and handmade Lovegrove bathroom products. 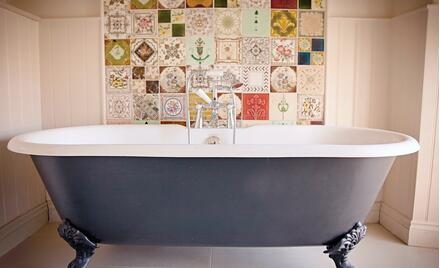 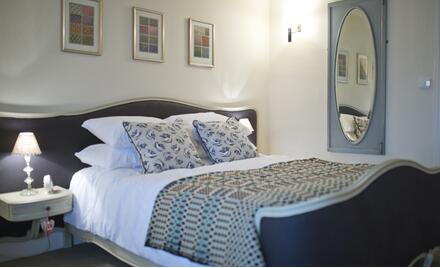 Chef Joe Hall brings a passion for provenance and seasonal flavours to the table - the kitchen team make as much as possible in-house, including bread, cakes and even burger buns.

Sup craft beers from the excellent Meantime Brewing Company or local ales like Bath Gem and Cheddar Potholer, who fly the flag for the South West. When it comes to cider, there's Orchard Pig's Reveller and a couple more straight from the producer, including heady stuff from Harry's Cider Company down the road. Cocktails and gins galore, and interesting wines, too. 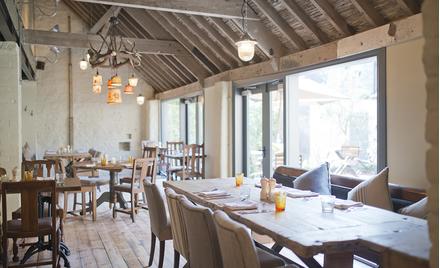 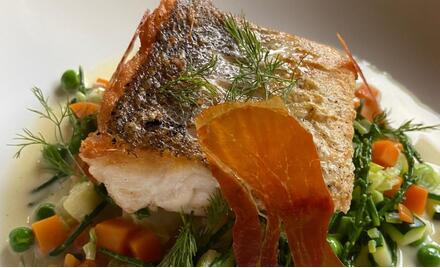 Head to beautiful Wells for a lovely day out, with plenty of things to see and do. The jewel in the city's crown is its historic cathedral, noted for its superb gothic interior. The famous West Front, with its intricate sculptures, is a real work of art. Look out for the moated 13th-century Bishop's Palace and a host of historic landmarks nearby.

A superb Elizabethan house built of the local golden Ham Hill Stone, head to beautiful Montacute House in Somerset for a culture fix. Its architecture is an exquisite pastiche of Gothic tradition and new Renaissance ideas that were arriving from the continent at the time of its completion in 1601. The house is filled with historic treasures and a fantastic collection of 17th century textile samples and artworks, so there's plenty to keep you busy.

Or, explore National Trust property Barrington Court near Ilminster, was rescued by Colonel Lyle of the famous Tate & Lyle family and transformed into an idyllic country estate in the 1920s. There's plenty to see and you'll probably recognise it as one of many National Trust locations featured in the BBC series, Wolf Hall.

It's cider country in these parts, so head to Wilkins Cider Farm and get to the bottom of why cider is such a big deal. Don't go expecting a fancy farm shop, simply pop into the barn and get cider straight from the barrel. You can also stock up on fresh vegetables, eggs and pickles as well.