Located in a deep hollow beside the A4117 west of Ludlow, this rambling former coaching inn is set in gardens that slope down to one of the many streams that flow into the beautiful Teme Valley. Bounded on three sides by terraces, tables and parasols, it's a splendid spot for fine weather eating.

Andrew and Kate Cornthwaite rescued the 16th-century inn set below Clee Hill in January 2018 and spent months refurbishing the place, sprucing up the rambling bar and dining areas, and the twelve character rooms in contemporary style. The Rent Room, where once local villagers came to pay their rents, preserves its rural character with an atmospheric timbered bar furnished with black settles, pews, old paintings, and several large fireplaces.

A separate timbered building has been split into two self-catering cottages, one with a hot tub in the secluded gardens. Part of the Baiting House Group - see entries for the Baiting House and the Admiral Rodney, both ideal lunch stops and within easy drive of the Hopton Crown.

Your canine chum is welcome in the bar (biscuits) and overnight in the Garden Rooms where they will find a comfortable dog bed, water bowl and biscuits. Poo bags and bins are also available on the patio and there's plenty of green space to exercise your dog.

Drive up the steep hill towards Ludlow to reach lofty Clee Hill for magnificent vistas towards the Malvern Hills and the Welsh hills, and plenty of waymarmed paths and trails to explore.

Bedrooms above the bar in the original 16th-century inn ooze period charm with exposed rafters and timbers, sloping corridors and creaky floorboards. Smaller doubles and the two spacious family rooms (sleeping 3) are located in the converted wing.

Expect a good degree of comfort as all rooms have been refurbished to a high standard in simple, contemporary style with crisp linen and down on wooden beds, upholstered easy chairs, attractive painted furnishings, Nespresso machines, and good bathrooms with walk-in showers or baths and posh Temple Spa toiletries.

Clee Hill Cottage and Duck Pond Cottage are located by the babbling stream and duck pond. Each have two en suite bedrooms, a fully equipped kitchen and a private garden, with Clee Hill Cottage having a hot tub too. They are perfect boltholes for exploring the area and both are child- and dog-friendly. 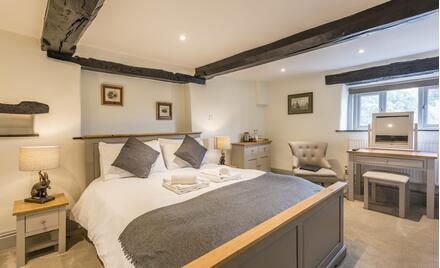 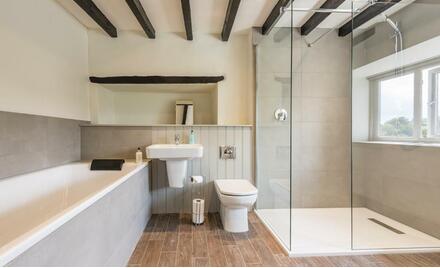 The kitchen team delivers a short classic evening menu that reflects the rich larder of ingredients to be found in the Welsh Borders, including seasonal game from estate shoots and top-notch produce sourced from local artisan suppliers.

Tip-top local ales come from Wye Valley Brewery just down the road in Bromyard, Hobsons Brewery in Cleobury Mortimer and the Ludlow Brewery. Heady ciders are sourced from Tenbury Wells and from Herefordshire, and there's a real local theme to the choice of spirits - the back bar groans with the gins and vodkas produced by Chase Distillery (tours & tastings), and a few Chase cocktails are also available. 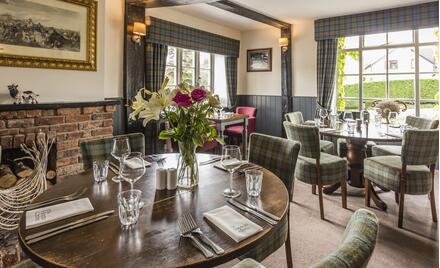 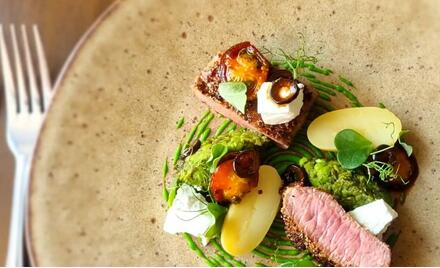 With its steep-sided, densely wooded hillsides and awesome industrial legacy, Ironbridge Gorge is one of the most dramatic landmarks in the region - if not the whole country. There's so much to see and discover that a visit to the museums at Ironbridge - a UNESCO World Heritage Site and often described as the cradle of the Industrial Revolution - can grab your attention for hours, even days.

Ludlow is one of Britain's loveliest towns, a harmonious mix of medieval, Tudor, Stuart and Georgian buildings. Dominating all is the 11th-century castle, rivalled only by the huge 15th-century church. Poet A.E. Houseman is buried in the churchyard. A foodie haven in recent years - don't miss the Saturday market.

Set in a green valley amid rolling countryside, 11th-century Stokesay Castle is one of English Heritage's rare treasures. The Great Hall remains unchanged since it was built in 1291, and one of Stokesay's most impressive features is its breathtaking Elizabethan fireplace, complete with elaborately carved overmantel. Across the courtyard stands the striking Jacobean gatehouse, constructed in 1620.

To make a booking enquiry, please use the form below or you can call our reservations team on 020 8161 0100. Our phone lines are open Monday, Tuesday, Thursday and Friday, 11am - 3pm.