Pub with rooms in Dolphinholme, Lancashire

Standing at a crossroads in sleepy Dolphinholme, deep in rolling farming country, you'll find the grey-stone Fleece Inn with the mighty Bowland Fells as a backdrop. The former 17th-century farmhouse was rescued and revamped in 2016, focusing on preserving the pub for the local community. The warren of dining rooms exude traditional charm and character, and there's even a small shop to compensate for the loss of the village store a few years ago, selling local artisan produce, little necessities and maps for guests staying at the inn.

Expect crackling log fires on cooler days, fresh flowers on oak tables in the summer, rugs on ancient flagged floors, oak-panelled walls, leather banquettes and a relaxing, music-free atmosphere - just happy hubbub at the bar. The food fits the setting perfectly - traditional dishes and adventurous specials cooked very well from local produce. Equally in tune with the setting are the nine beautifully refurbished rooms. There are picnic benches tucked behind planters at the front and a secluded garden and a wild flower meadow to the rear of the pub.

Family favourite
Children are made very welcome in the bar with a kid's menu and there is family accommodation for an overnight stay too.

Outdoor adventures
The rugged grandeur of the Forest of Bowland is a spectacular part of Britain's Pennine landscape, perfect to explore by foot.

Scenic and serene
Deep in rolling farming country and with gorgeous vistas of the mighty Bowland Fells, this is the perfect spot to switch off and indulge in some real relaxation.

The nine newly refurbished rooms are named after local walking areas and all are individually styled to a very high standard, with all but one located up the fine oak staircase, dominated by an impressive deer antler chandelier. Rooms in the original building are all character and charm, retaining high ceilings and exposed old beams, while rooms in new extension offer more space and superb countryside views. 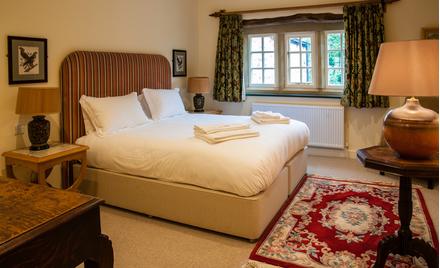 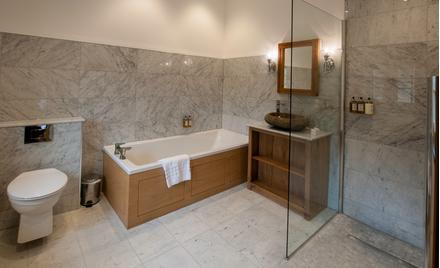 Serving up good honest food from locally sourced ingredients, dishes are well presented and big on flavour, merging pub classics alongside more inventive specials. Lancashire is well blessed with artisan food producers and The Fleece taps into this flourishing network, sourcing produce from Neve of Fleetwood for fish, Honeywells Butchers at Woodplumpton for meat, Ribble Farm Fare at Longridge for vegetables and Pebby's bakers in Little Eccleston. 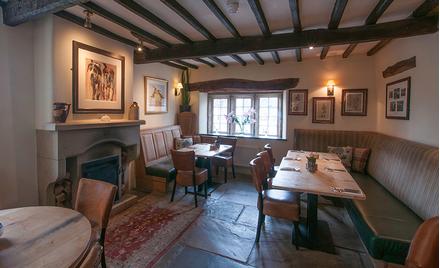 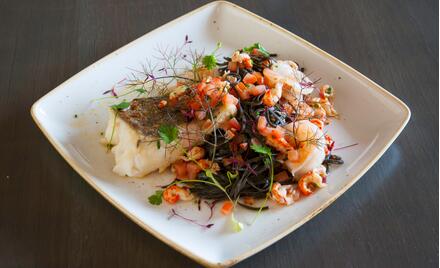 For a little injection of history, head to Gawthorpe Hall in Padiham. Sir Charles Barry, who designed London's Palace of Westminster, was responsible for the striking interiors of this imposing house outside Burnley. Gawthorpe Hall was once home to the Kay-Shuttleworth family, influential figures in the local textile industry. There are paintings here on loan from the National Portrait Gallery, so it's worth the visit.

The rugged grandeur of the nearby Forest of Bowland is a spectacular part of Britain's Pennine landscape. The forest is characterised by steep-sided valleys and tracts of heather-covered grouse moor. In addition to gentler routes and family rambles, there are several long-distance trails to enjoy - including the Ribble Way and the Pendle Way. For something a little different, try the 9km-Tolkien Trail at Hurst Green, north of Blackburn.

Close to the Forest of Bowland lies one of Britain's oldest and most fascinating cities - Lancaster. This was Lancashire's former county town and here you can tour its historic streets and quaint riverside quays. The castle and the priory look out over the rooftops and down near the waterfront the very informative Maritime Museum recalls the era of cotton and slavery.