Pub with rooms in Laneshawbridge, Lancashire

A stone's throw yet a world away from bustling Colne, just over the hill, The Alma is an 18th-century coaching house set on a tiny lane on the edge off Laneshawbridge. An oasis of peace and calm away from the throng of the valley road and with gorgeous views across the beautiful Pendle countryside from the terraces, this is the perfect spot for some alfresco drinking, dining and relaxation.

The striking stone building oozes charm and character too with stone floors, original beams and real fires featuring throughout the bar and dining rooms. Nine super bedrooms make The Alma a good base from which to explore the Ribble Valley, the Yorkshire Dales and Brontë country - Wycoller Country Park is close and Haworth is just eight miles away.

Dog-friendly
Dogs are welcomed in the pub with treats and water bowls, and they are allowed overnight in some of the bedrooms.

Scenic and serene
A little hidden oasis of peace and calm, indulge in some R&R in the beautiful Pendle countryside and wild moorland.

No car needed
With Colne train station just a short taxi ride away, you can leave your car at home.

The nine newly refurbished upstairs bedrooms blend traditional and contemporary furnishings and ensure high levels of comfort and excellent facilities to enhance your stay. Most offer oodles of space and you can expect to find beautiful bed linen, fat mattresses, rich fabrics and calm, soothing colours, with fabulous views across the stunning Pendle landscape through mullioned windows.

Little additional extras include Nespresso machines, homemade biscuits, Smart TVs and free wi-fi. Bathrooms are a big feature - book Room 9, order a bottle of fizz and enjoy the massive jacuzzi bath for two! Wake up to a hearty Lancashire breakfast, don your boots and head off up Pendle Hill. 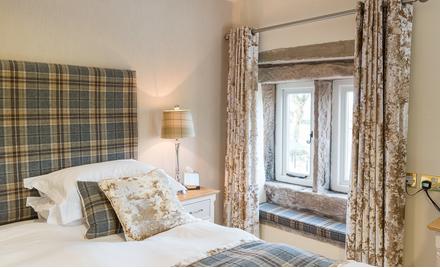 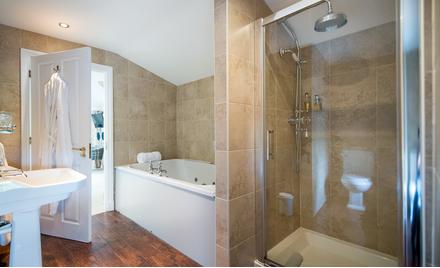 Fishing is big in the area, so it's no surprise this is reflected in the menu, with the day's catch highlighted on the chalkboard in the bar. Expect the likes of chilli and lime marinated hake, langoustine, Singapore seafood laksa, rice noodles, chilli and beansprouts, and harissa monkfish or stuffed baby squid.

There's more than just fish though, the monthly menus make good use of local produce. The 28-day dry-aged Lancashire rib-eye steak served with all the trimming is a local speciality - best tackled after a walk up Pendle Hill. 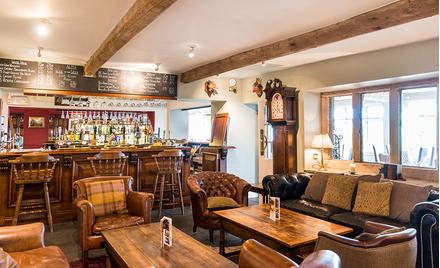 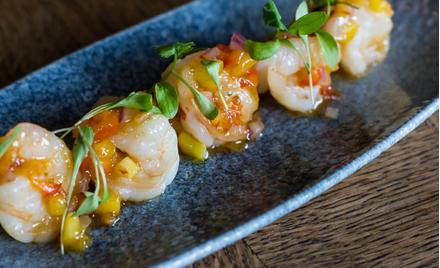 The extraordinary Bury Market has been around since the 1500s and is widely believed to be one of the best in the country. Covering an area of 200,000 sq ft, you'll find a bewildering array of produce from tripe to tomatoes; there aren't too many places where you can buy ducks' eggs, Goosnargh chicken, Morecambe Bay shrimps, Bury black pudding, and Cheshire gooseberries in a few yards of each other. For those coming from Ramsbottom, catch the East Lancashire steam train from Ramsbottom to Bury, it's a proper treat. Just don't forget to take a big cool box for your purchases!​

The rugged grandeur of the nearby Forest of Bowland is a spectacular part of Britain's Pennine landscape. The forest is characterised by steep-sided valleys and tracts of heather-covered grouse moor. In addition to gentler routes and family rambles, there are several long-distance trails to enjoy - including the Ribble Way and the Pendle Way. For something a little different, try the 9km-Tolkien Trail at Hurst Green, north of Blackburn.